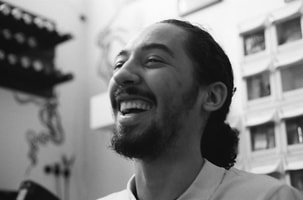 besides for a reflection of yourself?
"
​I create, I play, I live.
Mostly I tattoo, which just happens to be how I make a living.

I discovered tattooing through a love of art that stuck with me throughout my entire life.
I'm an artist and a lover.

I love life, everything about it, the good and the bad.
My times growing up homeless and my times going to private school on top of a mountain.
​
I'm in love with this beautiful being named Shakira, who I met tattooing.
I'm blessed to be her husband.

I paint, I draw, I make music and dance, I'm human.
All of this, all of my passions, talents and things that I have been through, my dreams and values all contribute to who I am.
It all contributes but does not define who I am, who I am are the choices I make now.
Each choice.
Every choice.
​As I tattoo; I am a tattooer.
As I paint; I am a painter.
As I live; I am a lover.
If you can understand this, you can understand me.
If you don't, we can talk about it. :)
Namaste my friend.
​Love.
" 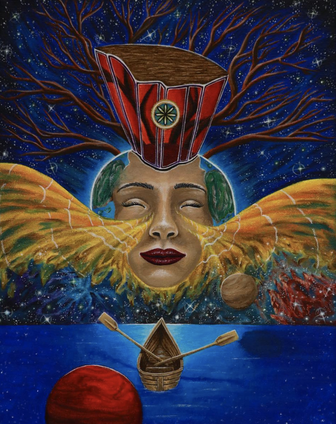